“We” Should Not Regulate Homeschooling 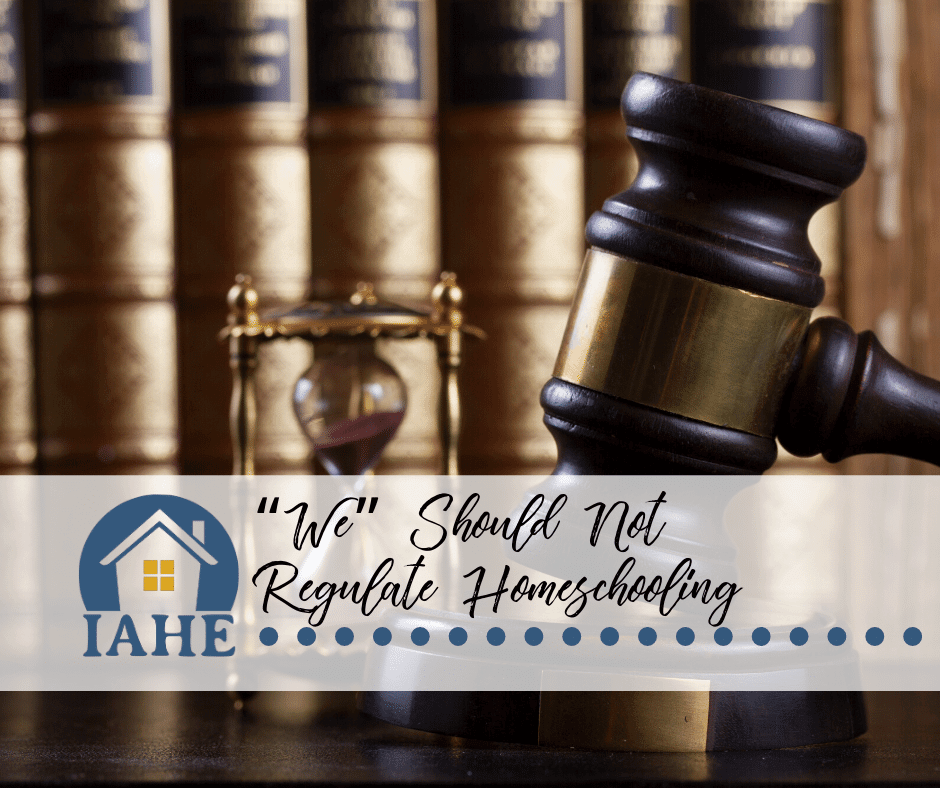 The desire to control other people’s ideas and behaviors, particularly when they challenge widely-held beliefs and customs, is one of human nature’s most nefarious tendencies. Socrates was sentenced to death for stepping out of line; Galileo almost was. But such extreme examples are outnumbered by the many more common, pernicious acts of trying to control people by limiting their individual freedom and autonomy. Sometimes these acts target individuals who dare to be different, but often they target entire groups who simply live differently. On both the political right and left, efforts to control others emerge in different flavors of limiting freedom—often with “safety” as the rationale. Whether it’s calls for Muslim registries or homeschool registries, fear of freedom is the common denominator.

A recent example of this was an NPR story that aired last week with the headline, “How Should We Regulate Homeschooling?” Short answer: “We” shouldn’t.

Learning Outside of Schools Is Safe

The episode recycled common claims in favor of increased government control of homeschooling, citing rare instances in which a child could be abused or neglected through homeschooling because of a lack of government oversight. Of course, this concern ignores the rampant abuse children experience by school teachers and staff people in government schools across the country.The idea that officials, who can’t prevent widespread abuse from occurring in public schools, should regulate homeschooling is misguided.

Child abuse is horrific, regardless of where it takes place; but the idea that government officials, who can’t prevent widespread abuse from occurring in public schools, should regulate homeschooling is misguided. Many parents choose to homeschool because they believe that learning outside of schooling provides a safer, more nurturing, and more academically rigorous educational environment for their children. The top motivator of homeschooling families, according to the most recent data from the US Department of Education, is “concern about the environment of other schools.” Being regulated by the flawed government institution you are fleeing is statism at its worst.

Brian Ray, Ph.D., director of the National Home Education Research Institute, offered strong counterpoints in the otherwise lopsided NPR interview, reminding listeners that homeschooling is a form of private education that should be exempt from government control and offering favorable data on the wellbeing, achievement, and outcomes of homeschooled students.

Homeschooling continues to be a popular option for an increasingly diverse group of families. As its numbers swell to nearly two million US children, the homeschooling population is growing demographically, geographically, socioeconomically, and ideologically heterogeneous. Homeschooling families often reject the standardized, one-size-fits-all curriculum frameworks and pedagogy of public schools and instead customize an educational approach that works best for their child and family.

With its expansion from the margins to the mainstream over the past several decades, and the abundance of homeschooling resources and tools now available, modern homeschooling encompasses an array of different educational philosophies and practices, from school-at-home methods to unschooling to hybrid homeschooling. This diversity of philosophy and practice is a feature to be celebrated, not a failing to be regulated.

The collective “we” should not exert control over individual freedom or try to dominate difference. “We” should just leave everyone alone.

Kerry McDonald is a Senior Education Fellow at FEE and author of Unschooled: Raising Curious, Well-Educated Children Outside the Conventional Classroom (Chicago Review Press, 2019). She is also an adjunct scholar at The Cato Institute and a regular Forbes contributor. Kerry has a B.A. in economics from Bowdoin College and an M.Ed. in education policy from Harvard University. She lives in Cambridge, Massachusetts with her husband and four children. You can sign up for her weekly newsletter on parenting and education here.

This article was originally published on FEE.org. Read the original article.