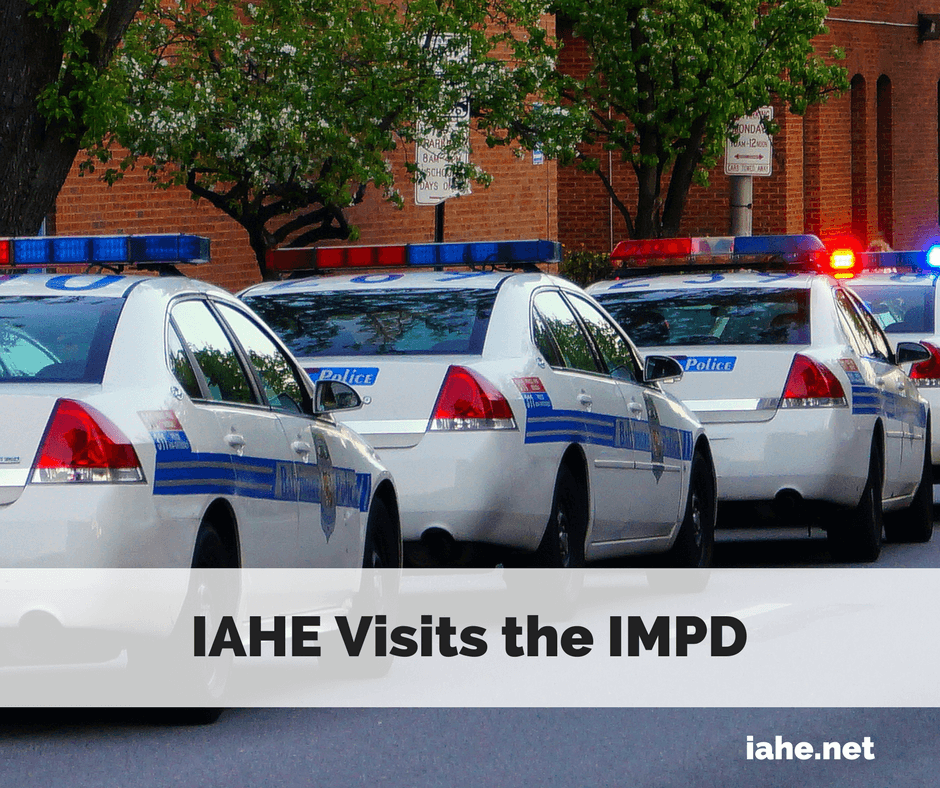 Don’t worry, IAHE wasn’t in trouble. In fact, we requested to meet with them. Last year, IAHE received several complaints that the IMPD was turning away homeschool graduates. So, we started investigating and researching to see how we could help.

Under current IMPD policy (Indianapolis Metropolitan Police Department) all applicants must have an accredited high school diploma or a GED. That means that the IMPD does not recognize homeschool diplomas at this time.

After some research discussion with the Home School Legal Defense Foundation (HSLDA), it does appear the IMPD is within their legal purview to not accept homeschool (or non-accredited) diplomas.

However, one of the complaints we received was from a homeschool graduate who also had a four-year degree from Ball State University, in Criminal Justice no less. And, he also served in the military.

Despite his military service and four-year degree from a large, reputable university in Indiana.  IMPD told him he would need to pass the GED in order to qualify for a job. Feeling a bit insulted by the demand, he simply passed on working for IMPD and now works for a police department in a different city in Indiana.

Our Government Relations Manager, Rob Beiswenger, and TJ Schmidt, an attorney from HSLDA, secured a meeting with the Human Resources Director of the IMPD.

Typically, when one has a four-year degree that would be sufficient to replace any requirement for a high-school diploma or GED. And, in fact, the Training Board for police officers in the state has that very policy in place.

While we made it very clear IAHE certainly wants the IMPD to have very high standards for accepting new police officers, we asked them to consider allowing applicants to replace a GED with a four-year college degree.

Our meeting with the IMPD brought the issue of non-accredited diplomas to their attention.   We presented the discrepancy between their Training Board requirement and the IMPDs hiring policy. Last, IMPD agreed to consider bringing this issue before the Merit Board, the body that makes hiring policies.

We will keep you posted on our progress as it develops.

Of course, IAHE would like to see IMPD accept home-school diplomas. However, that is an issue that will likely need to be tackled in the General Assembly in the future.