Down Syndrome Diagnosis: It Doesn’t Mean Anything 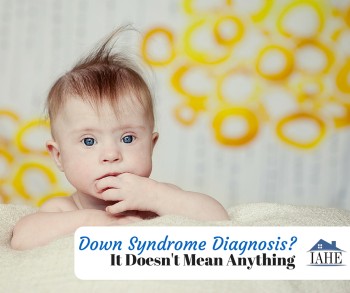 I was talking with a friend the other night about Zeke being 10 years old, and I mentioned that if I could go back in time and give myself a pep talk here is what I would say. After Zeke was born and we had the official test results back, as we slowly told our family… my dad gave me the best, and wisest advice. He said “It doesn’t mean anything” and as a new mom I didn’t understand.

Ten years later, I understand and am still learning to understand.

Down Syndrome has not meant anything. What mattered was and still is Zeke. So If I was able to go back and give that new mom some advice, here is what I would say…

Jeremiah 1:5 “Before I formed you in the womb I knew you, before you were born I set you apart; I appointed you as a prophet to the nations.”

Jeremiah 29:11 For I know the plans I have for you,” declares the LORD, “plans to prosper you and not to harm you, plans to give you hope and a future.