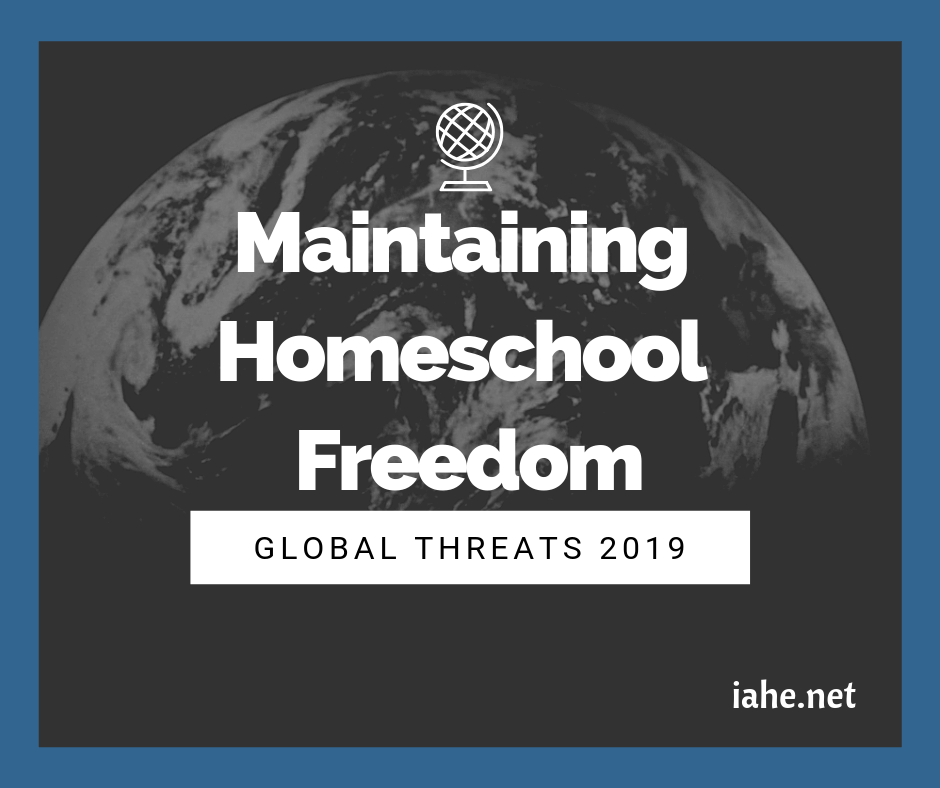 Indiana is one of the best states in the country for homeschooling. But, often freedom results in complacency. Every year our team watches not only the bills in Indiana that have potential to impact Hoosier families, but we also monitor the challenges that other states and countries are facing. We recognize that when homeschool freedom is restricted anywhere in the world, we’re all being moved closer to falling under increased regulations within our own state lines.

Not all bad bills end in bad legislation.

But, awareness of efforts to restrict our freedom keeps us vigilant. Here are just a few of the recent issues in Indiana and beyond that we’ve been monitoring.

A bill originally written to provide resources for mental health services in the public schools was stripped of language that would have allowed for protection of parental rights. The bill was expanded to allow for mental health screening for all children from birth to age 22 in an effort to collect mental health data on students through adulthood.

The Iowa General Assembly saw a bill proposing that families that homeschool (defined as private instruction under Iowa law) register with the state and requires quarterly health and wellness checks of families who engage in independent private instruction or private instruction. Shane Vander Hart of Caffeinated Thoughts referred to this bill and said that: “this bill essentially puts homeschooling families on the level of parents who have been accused or have had a finding of child abuse or neglect.”

An Illinois bill was presented recommending that after a home-schooling registration form is submitted, the State Board of Education must request a Child Protective Service Unit of the Department of Children and Family Services to investigate the home in which the homeschooling will occur to ensure there is no suspected child abuse or neglect in the home.

I hate to see complacency prevail in our lives when it’s so directly contrary to the teaching of Christ.

In a broken world, tragedies happen. Sadly, the media bias against homeschooling rears its head in tragic situations in an attempt to create attention-grabbing headlines. Earlier this year in Georgia news outlets began blaming the “lack of homeschool regulations” for the death of two Georgia children, in spite of the fact that the family had a history of abuse and was well know to CPS officials in two states.

‪Homeschool leader Raymond Strom recently shared the challenges homeschool families are facing in his community. “In the current state of affairs, the government in Alberta is demanding that Christian schools (which are accredited and some partially funded by the government) remove any references to the Truth of Scripture. In addition, the Minister of Education is demanding that there be removal of a biblical view of traditional marriage. ‪Under current practise and law, home educators must be under the oversight of a school authority. Once Bible-belt Canada, we now have a government that is MUCH more oppressive than the Russian government that we saw firsthand in May of this year at the Global Home Education Conference in St. Petersburg and Moscow.‬”

“The European Court of Human Rights ruled against a Christian homeschool family whose children were removed from the home and forced into a government-approved education program. Europe’s top human rights court ruled [January 2019] in the case of Wunderlich v. Germany that German authorities did not violate the rights of the Wunderlich family when over two dozen government agents forcibly removed their four children from the home in Darmstadt in August 2013.”

We have great homeschool freedom here in Indiana, thanks to those who fought for and secured those freedoms. Anytime the state begins to encroach upon the rights of parents raising their families, we need to be wary of efforts to regulate and control citizens. We owe it to both those who went before us as well as those who will come after us to remain vigilant and dedicated to the vision of freedom.

This article originally appeared in the Winter 2019 issue of Homeschool Indiana.

How Can You Help? Partner With Us Today