During our time on the conference calls with the Indiana Advisory Committee to the U.S. Commission on Civil Rights about the School to Prison Pipeline public school dropout issue, the term “publicly-funded homeschooling” was uttered a number of times. The statement shows a total lack of understanding or perhaps even a disregard about the purpose of home education.  In fact, we believe it’s an oxymoron which Merriam-Webster defines as “a combination of words that have opposite or very different meanings.”

In our nation’s early history, families either taught their children at home, or they were taught in private brick and mortar schools. Public or Common Schools were basically non-existent.  Our nation’s literacy rate was very high at this time. In our state, we like to say that Abraham Lincoln was one of our first Indiana homeschoolers. He moved to Indiana at the time of statehood but had very little formal education. He received the vast majority of his education at home. 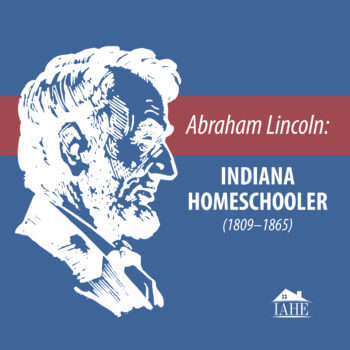 The Common School movement which began in other states prior to Indiana statehood was according to E.G. West, author of Education and The State: A Study in Political Economy, for families who chose not to educate their children privately. The Common Schools, which are included in Article 8 of our state Constitution, were originally not universal, compulsory, or free. They were founded in the rural parts of states and were begun to provide biblical literacy. Families had to pay a fee to have their children attend a Common School. Those who benefitted financially from the Common Schools were the ones who advocated for them to become universal, compulsory, and free.

In 1923, Meyer v. Nebraska affirmed parents have the “right to control the education of their own” children. In 1925, Pierce v. Society of Sisters reaffirmed the right of parents and guardians “to direct the education and upbringing of children under their control.” It also stated “the child is not the mere creature of the State; those who nurture him and direct his destiny have the right, coupled with the high duty, to recognize and prepare him for additional obligations.” Numerous other cases support parental rights as well as the First Amendment that protects the religious liberty of faith-based home educators.

Let’s fast forward to the early 1980’s. From the humble beginnings of the Common (public or government) Schools, now the vast majority of families send their children to them. Most families probably don’t realize their beginnings were meant to be for those who chose not to take personal responsibility to educate their children.  Prayer and Bible reading had been removed from the Common Schools in the 1960’s. Families begin to notice they do not like what their children are being taught. Outcome-Based Education (OBE), which was the forerunner of Common Core, crept into the public school system in the 1980’s and 1990’s. Some opt for private brick and mortar schools. For many, tuition to a private brick and mortar school is cost prohibitive.

John Holt and Dr. Raymond and Dorothy Moore were advocates in the early days of the modern homeschool movement for an old idea that had become new again. It’s the idea of home education. Homeschool families faced jail time and potential loss of their children in the 1980’s and in some states in the 1990’s in order to have the right to direct the education and upbringing of their children at home. Indiana Association of Home Educators was founded in 1983 to advocate for the right of parents to teach their children at home apart from government involvement. Today, we continue to advocate for that right for all families. Homeschoolers’ education rights strengthen non-homeschoolers’ parental rights. They may not choose to home educate, but the liberty we protect benefits them as well. Those rights must be vigorously defended today more than ever. There are a number of organizations here in Indiana that seek to limit those rights. 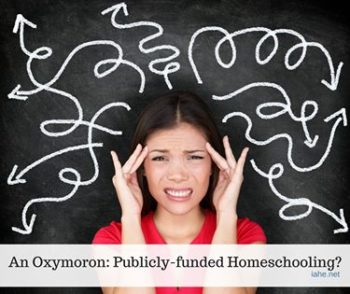 Homeschoolers understand that whomever funds education controls the education. This is why we vehemently oppose public funding for homeschoolers in order for parents to maintain control of their child’s education. If the state wants to cut taxes to allow families to keep more of our money, we believe that would be a wonderful idea that would help many families. Unfortunately, once tax dollars funnel through the government, it must be viewed as tainted. Taxpayer dollars must accompany taxpayer accountability as we have seen with Indiana’s vouchers.

Homeschoolers need to be very wary of any politician or lobbyist who wants to “help” us with government funding. That is the type of “help” that Ronald Reagan warned us about when he said, “The nine scariest words in the English language are: I’m from the government, and I’m here to help.” Home educators have proven that we can provide a superior education at a reasonable cost. Families of all income levels are home educators. It takes motivation, commitment, and perseverance and those are qualities that money cannot buy.

Will you stand with the IAHE to protect and maintain a parent’s right to direct the education and upbringing of their child apart from government involvement so that we can pass the baton to the next generation of home educators?